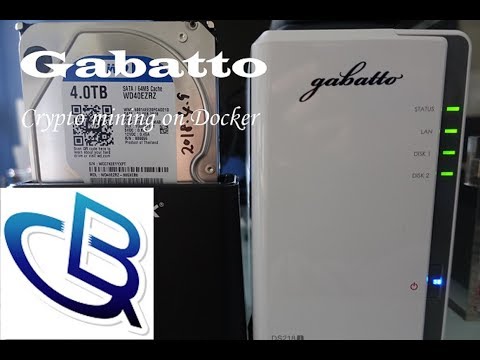 One of the released evidence exhibits (torrent, 538MB) is GX 296.pdf (mirror), which is a PGP private key, specifically: SilkRoad.asc, "dated modified 11/22/2011 8:21:46 AM".
This is the ASCII-armored private key of the main DPR public key, the one he signed forum posts with and messaged with people. I was surprised to see it screenshotted like that, and I thought it would be hilarious if I could take the private key and announce that I was actually the real DPR by signing it with his key (since I've occasionally been accused of it).
But it's a screenshot and not something one can copy-paste, which makes things difficult since every letter has to be perfect for the key to be valid. So I took an evening to carefully transcribe it; it took multiple passes to figure out each and every transcription error (mostly 1/l, O/0, which look nearly identical in the font*), but I finally did it:
This imports into my GPG without any CRC problems and with correct metadata, so it should be right. But it turns out to be passphrase-protected! Dammit! My first try to decrypt it was to take the server exhibit, write down every password given in it, and try those:
None of these seemed to work for me. (imposter also tried the Elcom dictionary +0-9, 6-9 characters, alphabet, lowercase.)
So then I turned to a password cracker, specifically John the Ripper (WP), whose bleeding-jumbo edition I compiled with OpenCL (so it could use my wimpy GPU, which for Bitcoin mining could do something like 50mh/s); John doesn't handle GPG natively, but it apparently does ship with a tool gpg2john to convert the passphrase hash to something it can work with, which yields:
I think one could also try pgpry but I didn't since I got john up and running before I saw it.
Since the server passwords failed, and I saw a variety of characters and capitalizations, I had john do bruteforce:
I ran it for about a week, and finally lost my patience. I was hoping it'd be like one of the short passphrases in the server password list, which would have been bruteforced by now. I wound up ending john at
(john.log, john.rec)
Oh well. It was worth a shot. Not everything pans out.
But maybe someone with a GPU cluster or better at password cracking wants to give it a shot and reveal the passphrase? I can't pretend to be DPR after posting this, but it would still be interesting to go back and decrypt some of the messages to DPR on the SR1 forums. (Why should LE have all the snooping fun?)
* these characters also mean OCR is not very useful for transcribing crypto keys; every character has to be perfect, so since you're going to be going character-by-character anyway... One thought I had was that the right key was only maybe 5-10 edits away from the OCR version or my first hand-draft, so it should be feasible to brute-force all versions within a certain edit distance to see if their CRC is right or brute-force specific transpositions. But I don't transcribe keys nearly often enough to bother writing such a tool.

Current Equipment:
1 x Old laptop: 750 GB HD 8 GB RAM i-5 Quad-core GeForce GT 630m GPU
1 x Raspberry Pi
~7 x super old computers with floppy disk drives and that sort of stuff (probably useless)
Desired Equipment
Absolutely no idea. I really need to research this. I browser /homelab and I'm like 'what's the thingy with tonnes of ports for if they only need 4 of them', so I'm super new at this area.
Desired Features (To work towards)
Kubernetes Cluster
I'm hoping to run a (custom?) Kubernetes cluster at home - for practice and fun. I work as a software engineer and our stuff is all on a Kubernetes cluster, but I mostly do programming, with only small bits of my own DevOps here and there, so I'm pretty rubbish at Kubernetes at the minute. This project should bring me up to speed.
AI Experiments
I'm super into artificial intelligence / machine learning, and I've dabbled in all sorts of areas (data mining with the Weka API - KNN / J48 (C4.5) | Home grown (variational) autoencoders with Tensorflow and Caffe | Image producing GANs etc.) and I'd like to do more, only with several projects I've had to leave it running for days in a row, or spend money on an AWS instance to get it running there. So ideally I'll use a super basic old laptop / raspberry pi combination to get my homelab started, then branch out and migrate to better hardware once I figure out what to get, and then when I have some good specs behind me I'll be able to run some machine learning projects on it all. Even with limited processing power, training a classifier could be left to do its thing for a week rather than running on my main laptop all night long.
Bitcoin Mining?
I'm not too fussed about this one, but I was thinking - if I'm going to sort out a homelab, and it'll be doing its thing, I probably won't have all of its capacity maxed out at any one time, so would it be worthwhile finding a way of making it do bitcoin mining with 'spare resources'? No idea how easy / feasible this is, just a thought.
Super Awesome Dashboard Stuff
I like a good dashboard.
Current Status
I wiped my old laptop, put Ubunutu server edition on it, got half way through setting it up so I can SSH into it from my main laptop, and then stopped to figure out what a Hypervisor was and whether I need to re-think everything based on that.
My Questions
Thanks for reading my wall of text! Here's a picture of my dog.

What will you be doing with this PC? Be as specific as possible, and include specific games or programs you will be using.

What is your maximum budget before rebates/shipping/taxes?

When do you plan on building/buying the PC? Note: beyond a week or two from today means any build you receive will be out of date when you want to buy.

What, exactly, do you need included in the budget? (ToweOS/monitokeyboard/mouse/etc)

Which country (and state/province) will you be purchasing the parts in? If you're in US, do you have access to a Microcenter location?

If reusing any parts (including monitor(s)/keyboard/mouse/etc), what parts will you be reusing? Brands and models are appreciated.

Will you be overclocking? If yes, are you interested in overclocking right away, or down the line? CPU and/or GPU?

Are there any specific features or items you want/need in the build? (ex: SSD, large amount of storage or a RAID setup, CUDA or OpenCL support, etc)

Do you have any specific case preferences (Size like ITX/microATX/mid-towefull-tower, styles, colors, window or not, LED lighting, etc), or a particular color theme preference for the components?

Do you need a copy of Windows 7 or 8.1 included in the budget? If you do need one included, do you have a preference for one or the other?


It should support Hi-speed Ethernet: I've got a 1 Gbps FTTH connection, and I want my server to go full speed.
Bonus point if I can get a WiFi card that supports packet injection for training purposes.
What I need the most:
I'm in France, so here's a list of retailers:
None of these support english so feel free to pretend you're buying the parts in your region and just post the parts list, your help is already greatly appreciated.

bitcoin mining Free BTC Loader free bitcoin pool cryptocurrency mining crypto mining cloud mining asic miner honeyminer btc miner bitminer bitcoin mining machine bitcoin mining rig bitcoin mining hardware bitcoin cloud mining gpu mining btc pool bitcoin mining pool bitcoin cloud pi cryptocurrency antminer s15 best bitcoin miner asic miner value free cloud mining bitcoin pool best gpu for ... Thus I tried to do mining using one of the GPU (Graphical Processing Unit) machines from AWS ( Amazon Web Service). In this part of the blog I will explain how to get the GPU from AWS. I assume you have a AWS account set up and available to login. If not please follow this link to create one. AWS Once login then go to Services->EC2-> launch Instances -> AWS Marketplace and look for a Ubuntu ... Bitcoin is a distributed, worldwide, decentralized digital money. Bitcoins are issued and managed without any central authority whatsoever: there is no government, company, or bank in charge of Bitcoin. You might be interested in Bitcoin if you like cryptography, distributed peer-to-peer systems, or economics. A large percentage of Bitcoin enthusiasts are libertarians, though people of all ... Click the large blue Download Bitcoin Core button to download the Bitcoin Core installer to your Downloads folder. Optional: Verify the release signatures. If you know how to use PGP, you should also click the Verify Release Signatures link on the download page to download a signed list of SHA256 file hashes. The 0.11 and later releases are signed by Wladimir J. van der Laan’s releases key w Our servers can be connected in computing cluster of up to 1200 Nvidia 1060 GPUs, total of 1,382,400 CUDA cores, allowing high performance distributed parallel computation. Our GPU dedicated servers cost 5x times less than AWS instances and 3x times less than GPU servers at smaller competitors! HOW IT WORKS. Contact Us. Tell us what server you need and intended duration. Payment. Pay safe with ...

How to mine ProtoShares using Amazon AWS

You'll learn how they leverage Amazon EC2 Spot instances and Amazon S3 to create cost-effective, scalable clusters that power tNavigator, Rock Flow Dynamics' solution for running dynamic reservoir ... Lancelot FPGA Bitcoin Miner Unboxing Feel free to donate to keep more Tutorials coming: BTC:1Bv4XhVRZyNfBWuyFbqS8HwYwB3STJXdQA LTC:LWmXeH9Ur2xEbfoS8eiQJSxnra... Demonstration of how mining of ProtoShares (PTS) can be done using Amazon's cloud cluster. In this demo I am only using 32 cores and 60 GiB RAM, but I have used up to 96 cores and it works great ... A fixed pipeline GPU is implemented on Altera DE2 board using verilog. Deploy Toshi Bitcoin Node with Docker on AWS in 30 minutes. Beginner Friendly! - Duration: 30:11. Alexander Leishman 4,285 views. 30:11. MINE MONERO using your CPU in MINUTES! - Duration: 14:30 ...